Foreclosure Timelines are Growing Longer According to Recent Reports

13 May Foreclosure Timelines are Growing Longer According to Recent Reports 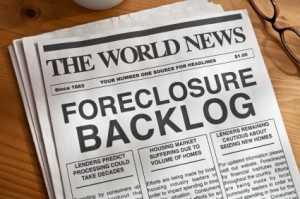 Both RealtyTrac and Moody’s Investor Service are in agreement that foreclosure timelines are growing longer. In fact, they say that all loan servicers experienced an extension in foreclosure timelines during the fourth quarter of 2012. This was especially true in judicial states, which helped to drag down the overall average.

In states like New Jersey, Florida, Pennsylvania, and Ohio, loan servicers continue to work through a massive backlog of foreclosures. According to Moody’s, these states were some of the slowest states during the fourth quarter. GMAC recorded the longest foreclosure timeline in all loan categories because of their high concentration of foreclosures in judicial states.

For residential mortgage-backed securities, the report also discussed the importance of net present value (NPV) models in the loss mitigation process. Moody’s said, “The NPV model and related assumptions used by mortgage loan servicers play a critical role in a servicer’s decisions about defaulted loans.” NPVs can vary in accuracy though, so they have advised servicers to “update their model inputs according to the most recent reliable information available.”

During the fourth quarter, REO timelines remained relatively unchanged. Moody’s did point to shorter REO timelines in California and Florida though, two states that saw a large uptick during the real estate market crisis. Moody’s adds, “We expect REO liquidation timelines to improve at a slow and steady pace going forward as the broader housing market improves as well.”